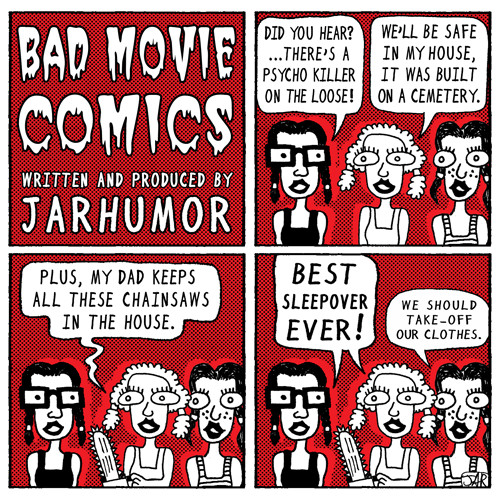 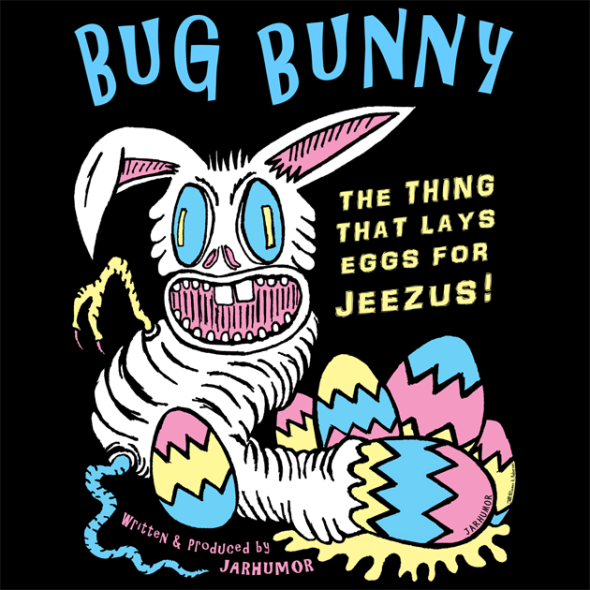 Like something out of a Cronenberg Sci-fi Horror movie comes the nightmare fuel that is Bug Bunny! GET THE T-SHIRT! 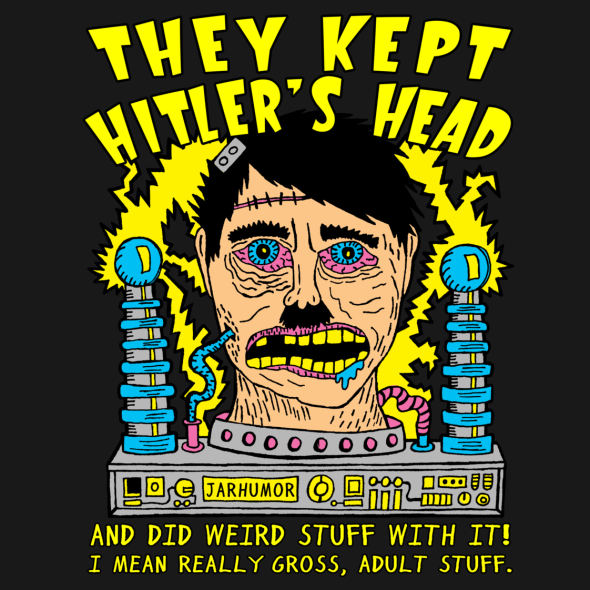 They Kept Hitler’s Head! And did weird stuff with it! A parody of the b-movie classic The Madmen of Mandoras (AKA They Saved Hitler’s Brain!) GET THE T-SHIRT! 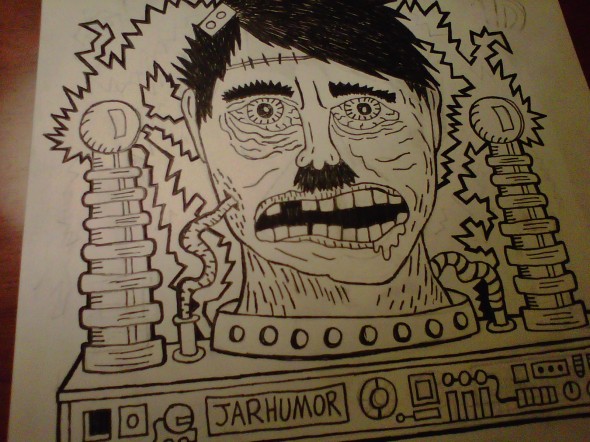 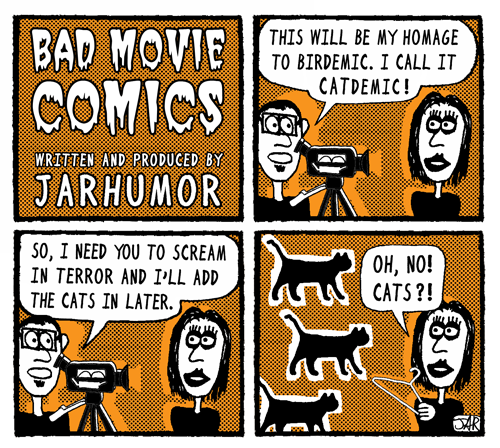 My homage to Birdemic.

Critter in My Sh*tter 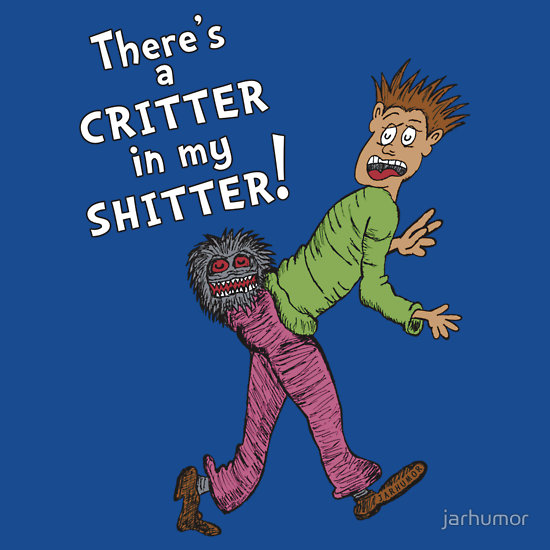 Not a Wocket in my Pocket, it’s a Critter in my, well, a very uncomfortable place. Like the back of a Volkswagen. My mashup of the Dr. who we call Seuss, and the eighties horror flick Critters.